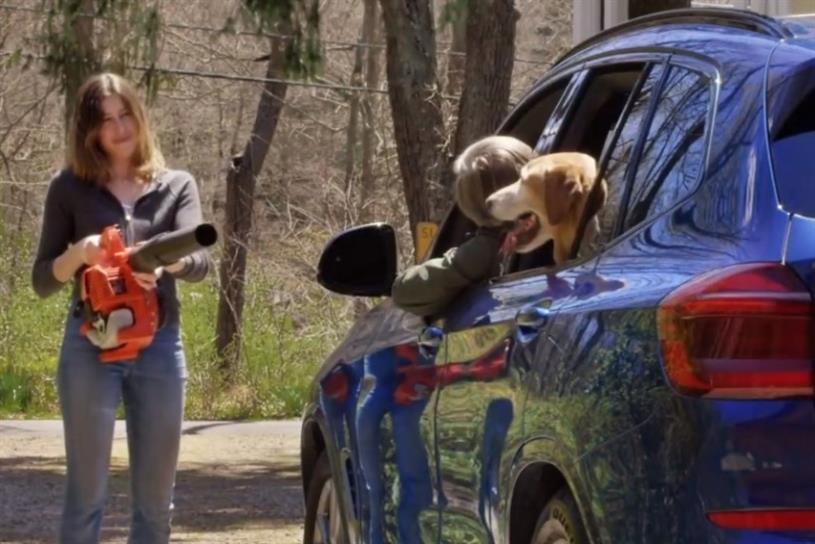 Anchor was recently featured in Campaign Magazine for a light-hearted social short we did with BMW, featuring an all-Anchor cast and crew practicing a fine balance of production and social distancing. Article below, with a link after the jump.

Ah, the joys of the open road. What we’d give to feel the true freedom a car can offer right now without the guilt of leaving our homes. Hell, we’ll even take L.A. traffic at this point. Just. Get. Me. Out. Of. The. House.

Its U.S. social AOR, Anchor, is behind a fun new spot which reminds us of the happiness four wheels can bring.

“During a time when we’re at home feeling anxious, we wanted to give BMW fans a smile and show how much we all miss the joy of the open road,” said Aaron Sedlak, Anchor CCO.

The snappy, 15-second ad was shot with all in-house talent in a socially-distanced approach. It features Sedlak as the driver, producer Caitlin Woods as his wife, and the account director’s dog, Reagan. The BMW X3 belongs to Anchor’s CEO, Sebastian Eldridge, and the set is a relative’s home in New Jersey. The remaining crew consisted of Danny Wantz, a CD who shot and directed.

Everyone was in face masks except when on-camera. There was six feet of distance, zero catering, and lots and lots of hand sanitizer.

The spot is running on both BMW USA and BMW Global social channels.